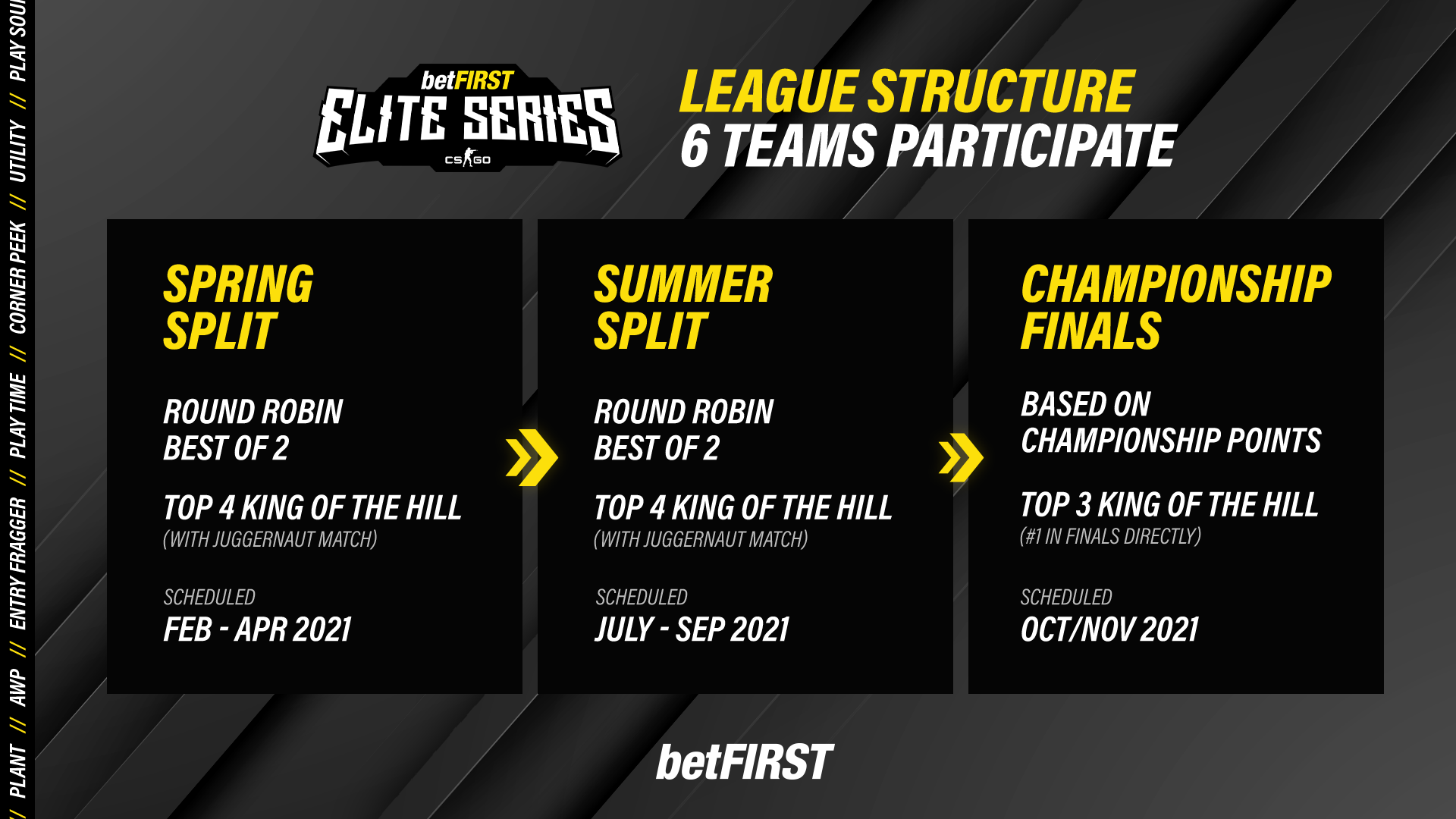 All teams that make it to the play-offs will get a cut of the prize pool.

All teams that make it to the play-offs will get a cut of the prize pool.

The three best teams based on Championship Points accrued during the Spring and Summer Split will be invited to the Championship Finals.

If all goes well, this will be a two-day offline event. The first day the semi-final will be played in a best-of-3. On the second day the 2021 champions will be decided in a best-of-5.

The Championship Finals are expected to take place on 2 and 3 October. All participating teams will get a share of the prize pool.

The total prize pool of the Elite Series will be a whopping 15,000 EUR

Divided over both splits and the Championship Finals. 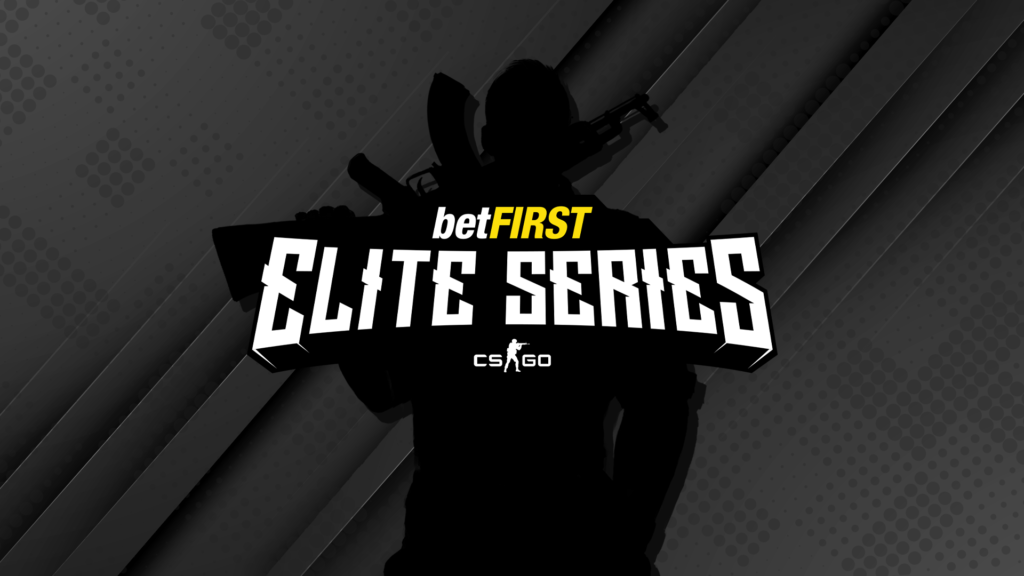 After the Summer Split, the lowest ranking teams based on Championship Points will have to fight to retain their spot in the Elite Series.

Can’t find the answer you are looking for? Contact us.

What is the Elite Series?

The CS:GO Elite Series powered by betFIRST is the newest regional Benelux-focused competition on the block. Six teams will compete for a €15,000 prize pool throughout 2021.

What is the format of the competition?

The competition is made up of a Spring Split, a Summer Split and a Championship Final. Each Split consists of an online Single Round Robin (best-of-two) played over a 7 week period (all teams play in Week 1, but each team has 2 weeks free out of the remaining weeks), concluded with 3 weeks of King-of-the-Hill style Play-offs. The Championship Finals will be played offline as a King-of-the-Hill style Play-offs based on Championship Points acquired by teams in the Splits.

When does it start?

The first game of the Spring Split will start on Thursday 11 February 18:30 CET. A detailed schedule will be available on the website in due time. The Summer Split will start in July 2021, and the Championship Finals will take place in October/November 2021 (tentative).

Where can I watch it?

Where can I watch it?

Who is organising the Elite Series?

The Elite Series is organised by Team META.

How do I register?

To apply to the league, follow the steps in the application process on the website. After an extensive evaluation of the applications, the most suitable six teams will be invited to participate for the 2021 season.

When is the application deadline?

Applications must be in by Sunday 6 Dec 2020 23:59. In the weeks following the deadline all participating teams will be announced.

What are the team requirements?

Is there an age restriction?

Players are required to be at least 16 years of age, and if they are under 18 they must present written permission through a Minor Permission Form.

What is the prize pool?

The total prize pool is €15,000, with the exact distribution per Split and Championship Finals to be determined.

Where can I read the rules?

The rulebook is under construction but will be available on the website: https://eliteseries.gg/rulebook/

This website uses cookies to improve your experience while you navigate through the website. Out of these, the cookies that are categorized as necessary are stored on your browser as they are essential for the working of basic functionalities of the website. We also use third-party cookies that help us analyze and understand how you use this website. These cookies will be stored in your browser only with your consent. You also have the option to opt-out of these cookies. But opting out of some of these cookies may affect your browsing experience.
Necessary Always Enabled

Any cookies that may not be particularly necessary for the website to function and is used specifically to collect user personal data via analytics, ads, other embedded contents are termed as non-necessary cookies. It is mandatory to procure user consent prior to running these cookies on your website.